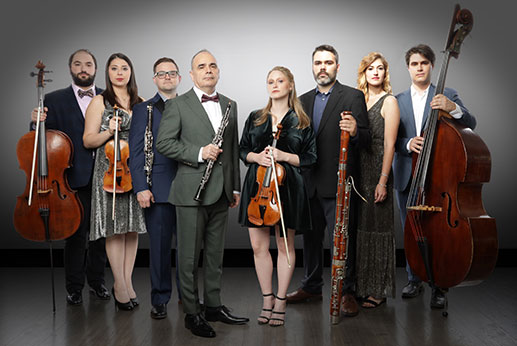 From New York City, Frisson features the best and brightest of classical music's rising stars. Frisson showcases a myriad of rarely-performed masterworks, and the group expands and contracts into a variety of ensembles, including quintets, sextets, nonets, and a small chamber orchestra. The ensemble performs in over 25 cities annually including appearances in such diverse venues as the Morgan Library and Museum in New York City, for the Da Camera Society in Los Angeles and at the Bermuda Festival.