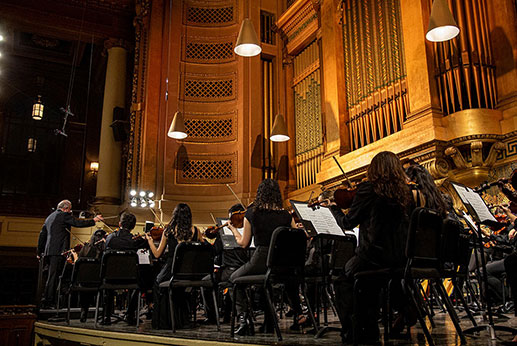 The Yale Symphony Orchestra was founded in 1965 by a group of students who saw the growing potential for a large orchestral ensemble to thrive on campus. The YSO provides a means for students to perform orchestral music at the conservatory level while taking advantage of all that Yale, a liberal-arts institution, has to offer.

Throughout its history the YSO has been committed to commissioning and performing new music. Notably, the YSO presented the European premiere of Leonard Bernstein’s Mass in 1973, the world premiere of the definitive restoration of Charles Ives’ Three Places in New England, the U.S. premiere of Debussy’s Khamma, and the East Coast premiere of Benjamin Britten’s The Building of the House. The YSO programs orchestral works written by new and emerging composers, as well as lesser heard works by established and obscure composers.

The YSO has performed at New York City’s Carnegie Hall, Avery Fisher Hall at Lincoln Center, and St. Patrick’s Cathedral. In the past ten years, the YSO has toured domestically and internationally, including a 2010 tour of Turkey with acclaimed pianist Idil Biret. Ms. Biret rejoined the orchestra for a recording of Paul Hindemith’s piano concerti, which were released in 2013 on the Naxos label. Past tours have brought the orchestra to Portugal, Korea, Central Europe, Italy, and Brazil. The YSO completed its first tour of Russia in May of 2017. 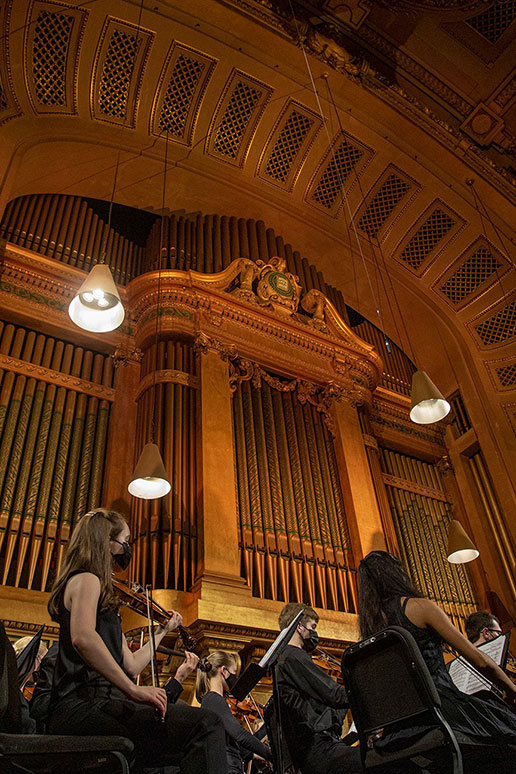